Experienced and Driven
Contact Us for a Case review 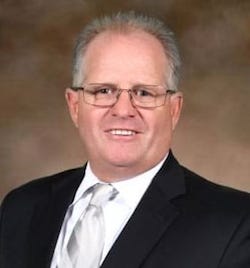 Robert Davis is Senior Partner at Davis & Wojcik, APLC. With extensive civil and criminal courtroom experience, Mr. Davis has developed a reputation as one of the most accomplished and versatile attorneys in the region.

Mr. Davis was born and raised in the Inland Empire of Southern California and has retained a passionate interest in preserving a positive way of life for his community. Mr. Davis has served as a Board member and officer for local many local and regional organizations such as the Hemet / San Jacinto Exchange Club, City of Hemet Tax Oversight Committee, Riverside County Barristers, the Education Foundation, Riverside County Bar Association and Inland Empire Chapter of the Boy Scouts of America. Additionally, Mr. Davis sits on the Board of Trustees of the Hemet Unified School District, is President of the Healthy Communities Foundation, and a member of the Executive Board of the Hemet/San Jacinto Action Group.

Mr. Davis’ education includes a B.A. from California State University San Bernardino and a law degree from the J. Reuben Clark School of Law at Brigham Young University where he served as Editor-in-Chief for the law school's Journal of Law and Education.

After law school, Mr. Davis returned to Southern California and joined the Riverside law firm of Dye, Thomas, Luebs, & Mort. In 1995 Mr. Davis became a Partner at Nielsen & Davis and a year later formed what is now Davis & Wojcik. During his career, Mr. Davis also worked as a Legislative Aide for U.S. Congressman George Brown.

Mr. Davis has been married to his wife, Laura, for over 30 years and is the proud father of four children.

Superior Court for the County of Riverside
Judge Pro Tem

Past Employment Positions
Pro Bono Activities
Contact Us
Practice Areas
Client Reviews
★★★★★
My husband and I hired DWD to do our Last Will and Testament. We went in not knowing what to expect or how to distribute our estate upon our passing. Each of our questions were answered quickly and to our satisfaction. Things we thought were complicated were worked-out very simply because of their vast experience and knowledge. I highly recommend DWD for Wills, Trusts, etc. Donna
★★★★★
Mr. Davis is one of the most talented & passionate attorneys that I have ever met. His entire team is truly amazing! I was referred to his law firm through a friend of mine, and I'm convinced he is one of the the best criminal defense attorneys in Southern California. Michele
★★★★★
During an employment dispute, I sought help from an Attorney. Choosing a strong, local firm was important to me. Mr. Thompson of DWD is a knowledgeable, supportive attorney who took the time to answer my questions, investigate, and advocate on my behalf. I highly recommend Dan Thompson if you are ever in need of legal advice or assistance. Michelle
View More
Submit a Law Firm Client Review